Learning to understand my anxiety disorder was tough. There needs to be a basic understanding of anatomy and brain function and the ability to not only make, but activate a plan whenever things in your head start to go haywire. I’m finally getting the hang of it after a decade of trying but this disorder is at its very core unpredictable and inexplicable.

Not long ago, my son began exhibiting familiar signs of anxiety. He had night terrors, headaches, tummy aches, and missed a few days of school. I had a pretty good idea of what was happening in his head, but how do you explain complex brain activity to a 10-year-old boy?

With a superhero metaphor of course!

In preparation for my elementary-level lesson on brain activity, I pulled out articles and notes and old worksheets from my therapist. I took the important parts and started thinking how to translate the science into superhero. Here’s what I came up with; the amygdala = Incredible Hulk.

Read a shorter version as featured on The Mighty

Amygdala is the name given to an almond shaped structure inside the brain. The amygdala functioned as an alarm system when humans lived in nature with little protection from bad weather and big animals. In modern times, the amygdala still serves as an alarm system but instead of warning about stampeding antelope, it alerts us about speeding cars. Regardless of the threat, when the amygdala senses fear or an unsafe situation it rings the alarm bells and calls the brain and body into action.

The tricky part of this “fight or flight” response is the amygdala sounds the alarm when it senses a threat. The threat may not be real. In an anxious brain, the amygdala sounds the alarm for situations that aren’t necessarily dangerous. For example, taking a test at school. Figuring out how to calm the amygdala is the key to managing anxiety. Slow, deep breaths; positive, calming self-talk; and focusing on soothing thoughts are great ways to quiet down a jumpy amygdala.

The Incredible Hulk made his first appearance in a 1962 comic book written by Stan Lee. In the comic, mild-mannered scientist Bruce Banner transforms into a huge, green monster when angered. The Marvel superhero resonated with the public and eventually turned into a television series, movies, and action figures. Regardless of where he appeared, the Hulk could be counted on to do one thing, SMASH!

For the sake of this comparison, when the default reaction of violence is combined with the function of an alarmed amygdala, the result is fear = Hulk smash!

With my metaphor worked out, I just needed to find the right time and place to deliver my important message. Did I mention the audience for this lesson was a 10-year-old-boy? He wasn’t a “talker” to begin with and thanks to the budding anxiety he was more withdrawn than usual. There was no way this would be a conversation where we would talk to each other or really even look at each other. My only option – conversation in the car.

(Mom) – You have a brain, right?
(Kid) – *glares at me with a quizzical look*
(Mom) – Right?
(Kid) – Yes.
(Mom) – Inside your brain there’s a thing shaped like an almond. Like in mixed nuts, an almond, you eat it.
(Kid) – Okay.
(Mom) – That almond in your brain is called amygdala. Its job is to alert the brain to danger. When the amygdala senses danger, it basically pulls a fire alarm in your brain and tells all the body parts to get ready for action.
*silence in the car*

(Mom) – Right now, your amygdala is acting like The Hulk. The Hulk only knows how to do one thing…
(Kid) – SMASH!

(Mom) – That’s right, smash. Does Hulk have control and think like a “normal” person when he’s smashing?
(Kid) – No. He just smashes. That’s what he does.
(Mom) – That’s what your brain is doing lately, smashing. So, how do The Hulk’s friends get him to stop smashing?
(Kid) – He has to calm down and not be mad.
(Mom) – What happens when he calms down?
(Kid) – He turns back into Bruce Banner.
(Mom) – Okay, so when you feel angry, scared, or nervous about something, your amygdala wants to turn into The Hulk. Sometimes you need Hulk. You need to run or fight or get out of a bad situation. But sometimes, Hulk shows up for no reason and wants to smash. So, we need a plan to change Hulk back into Bruce Banner when there is no reason to smash. Got any ideas?
(Kid) – You have to calm down.
(Mom) – That’s good, calm down. Taking slow, deep breaths is calming. How many breaths would it take to calm down The Hulk?
(Kid) – Five.
(Mom) – Okay, five breaths. Is there anything you could say to Hulk to get him to stop smashing?
(Kid) – Hulk, stop smashing! There’s nothing to smash.
(Mom) – That sounds good. Is there anything else you can do to turn Hulk back in to Bruce Banner? Good plans usually have three parts.
(Kid) – Think about science. Bruce Banner likes science and if he thinks about that instead of smashing, he won’t smash.
(Mom) – I love it. So, now we have a plan. The next time your amygdala turns into The Hulk and starts smashing for no reason, what are you going to do?
(Kid) – Take 5 breaths.
(Mom) – Then what?
(Kid) – Say, “Hulk stop smashing!”
(Mom) – Awesome. Then what?
(Kid) – Think about science so Hulk goes away.
(Mom) – That sounds like a great plan to me. Good talk. *high-five*

From that point on, whenever my son started feeling really anxious I would prompt him with, “Is Hulk smashing in your brain? Do your plan.” After several times of going through the “Hulk stop smashing” plan, he learned how to manage his anxiety and thwart villainous attempts to sabotage his day. I call that a parenting “win” and victory for the good guys.

*Image of The Hulk shared from The Mighty website.

How to get a copy 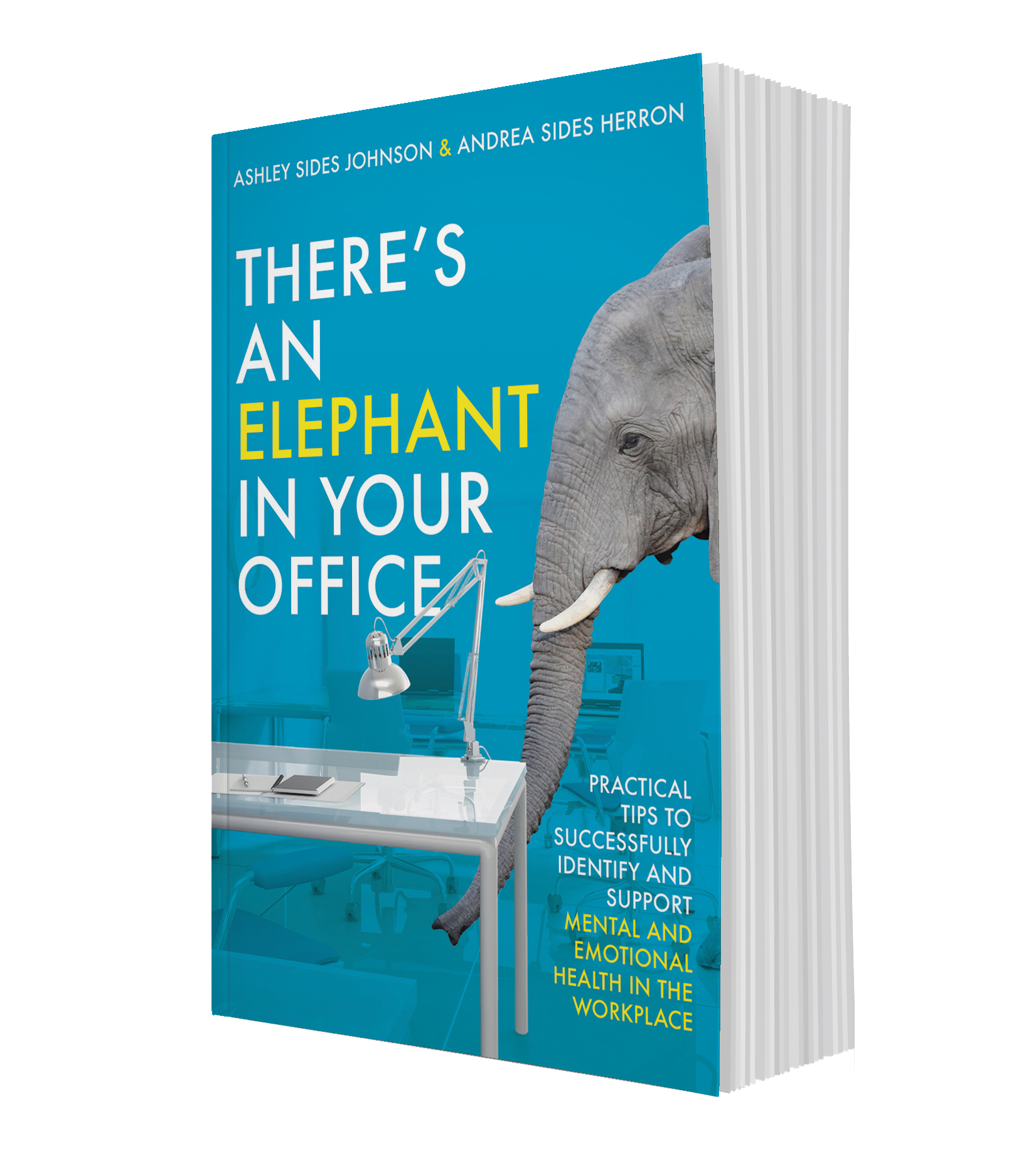 There's an Elephant in Your Office is now available for purchase! You can buy it through this site using Pay Pal, buy it from Amazon, or get it directly from one of the authors. Book price is $17.95 and the shipping cost is $2.05 so you have a nice even total.

Elephant in Your Office Podcast: Click the line below to listen.

Hear more about the book in this 5 minute podcast with WIKY 104.1 radio